Posted by admin on 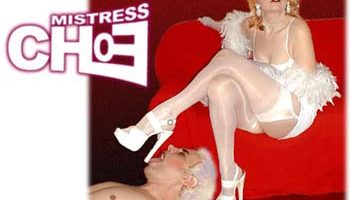 An Audience with Mistress Chloe 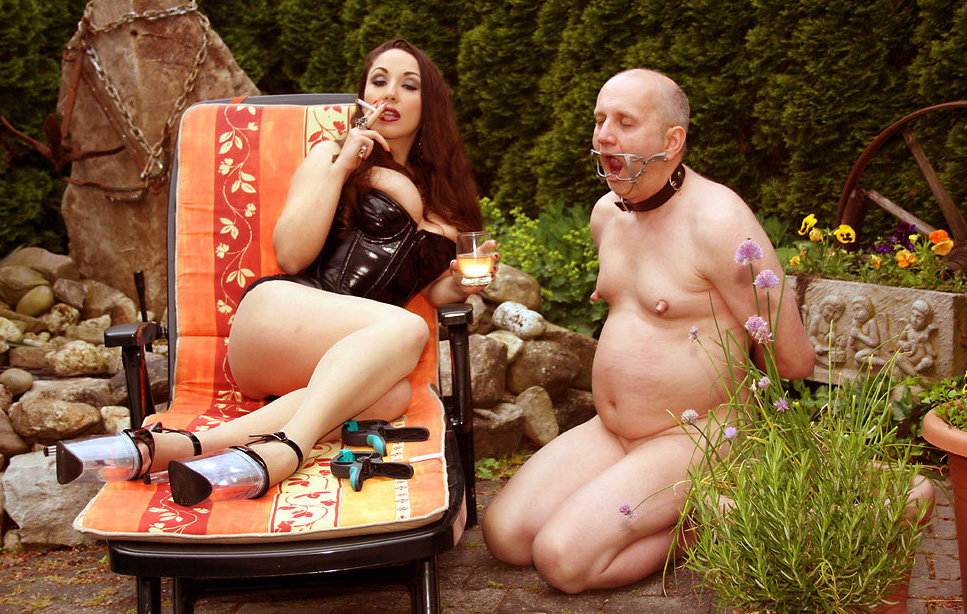 The Ordeal Of My True Slave 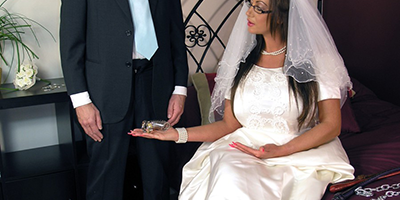 Not the kind you normally read about. Those are usually just a little role play, a tiny bit of roughness, maybe some name-calling, followed by a cuddle and a cuppa tea. I tried it once. That’s not what I enjoy. I want the real deal. Sweat, fear, tears, pain, humiliation, pleading…all of it.

Why do I like all these things? I really don’t know. Just born a bad seed, I suppose.

I’m a curvy girl. Some people might even call me “fat” but I hate people like that. I have a thick ass, nice heavy tits, and muscular legs that taper off into cute little sausage toes. My feet, in fact, have always done pretty well by me. On a lark, I submitted some foot shots to a pervo Tumblr site and they were popular. Since then I’ve done sporadic foot modeling. I tried doing a webcam show once, but the fucker was so irritating I cut him off after a minute.

Sometimes I take foot pics, or a pair of dirty socks, and sell them online. It’s a nice little sideline, but never enough to pay the bills.

But there is an upside. Once I realized all the interest that was out there, I knew I could make my fantasy come true. It took some planning, but finally, I was able to make it happen.

His name was Adam. He was my first.

But Adam was the first time I got what I wanted.

He was one of the many who responded to a call for foot pics. A personal shoot of 20 pics for $50 (quite a deal, I thought) but no one was biting. There were however a few dozen personal responses from interested footboys.

A lot of thugs. Always a lot of thugs. Who knew so many tough guys liked feet? And there were older guys, some big fatasses, even a few cute subs. And then there was Adam. Nervous, insecure, inexperienced, 19 and living on his own for the first time, wanting to experience new things.

Adam wanted to worship my feet and suck my toes. I get it all the time. But he wanted it BAD. He had never sucked on toes before, and apparently it was all he ever thought about. I responded, asked for a pic, and was rewarded with a wispy, thin young man with shoulder-length hair and glasses. He looked weak and desperate. And as I would soon find out, he really was weak and desperate.

I chatted with him a bit, acting nice and teasing him sweetly. After two days he was begging. He offered money for a “session”. I waited for him to double the offer before I “relented” with a few demands.

1) He had to strip naked when I told him, and I would remain clothed.

2) He had to let me tie his hands behind his back, so I would feel safe.

4) I had the right to change my mind if he made me uncomfortable.

Poor boy thought I was nervous about what he might do to me! It was the best way to keep him calm and get him where I wanted him.

The night before we were set to meet I stayed up half the night. I fantasized about what he would be like afterward. How he would cry himself to sleep at night and have nightmares about me destroying his tiny body. I was so revved up my hands were shaking.

I showed up at the hotel an hour late. Everything I needed was in my overnight bag. He had texted me the room number, and I went right up. He was standing at the window, waiting for me, and opened the door before I could knock.

“Hi Miss Chloe,” he said softly. He was wearing shorts and a tee-shirt. I was wearing jeans, low-cut boots, and a halter top to accentuate my assets. He offered to take my bag, I told him no and shut and locked the door.

I pulled a hardback chair next to the bed. I sat down, and he stood in front of me, shifting from foot to foot.

“Well?” I said sternly. “Remember what we discussed?”

He nodded, slipped out of his shirt, and then looked at me briefly before taking off his shorts. He was nude in front of me. Although he had no muscles, he also had not an ounce of fat on him. His cock was average… but I doubt he knew that.

“Good boy. What a cute little penis you have. Now get on your knees, and put your hands behind your back, Adam.”

He took a big, hitching breath, and got down on the floor. He put his back to me and crossed his wrists at the small of his pale, fair back.

I took a zip-tie from my backpack and cinched his wrists together. I had practiced the motion a few times, to get it right. But I could have fumbled, he wouldn’t have moved. Adam, the stupid little bitch, was too insecure to consider being scared.

He did as told. I reached down between his legs and found his balls dangling beneath his rock hard cock. I cupped them, felt how full they were, and then I grabbed them and squeezed them. He almost cried out, but I was too fast and he gasped hard before he could make a noise.

I crushed his pathetic little nuts until he fell on his face. He was writhing, trying to roll onto his side but he couldn’t with his arms bound that way. I squeezed his balls again and he threw up on the carpet and started retching.

I stood up and unzipped my jeans, pulling out the length of my cock. I dumped lube into my hand and used it to jack off a few times, making my entire length nice and slippery.

“You ever have taken it up the ass before Adam?” I asked. I got on my knees behind him. I grabbed his thin hips to hold him still, but he was in no position to fight. He hadn’t even got his breath back yet. “They say if you don’t fight it doesn’t hurt so much. But I want you to fight it, bitch.”

I pressed the head of my cock between his tight cheeks. He managed to catch his breath long enough to say “Please don’t” and it was like a green light – I jacked my hips forward and plunged halfway deep into his ass.

It was like an electric current hit his body. His spine twisted, he pulled against the zip tie and made a high pitched keening sound. He was radiating pain, struggling with everything he had. I came right there, like a thunderclap, and rode it right into being balls deep into his wriggling, terrifying ass.

Fuuuuuck it was so good. I started building a rhythm, in and out, slamming it as deep as I could with every stroke. I wanted to break him in half. I wanted to hurt him. I wanted to make him suffer. I came hard, again and again, I couldn’t even tell you how long I worked him over there on the floor. I lost count of my orgasms, and it couldn’t have been more than a few minutes.

It was everything I ever wanted… almost.

He was making little scared animal noises in the back of his throat. I pulled out of him until the tip was just inside his poor swollen sphincter, and then I threw my full weight down and jammed it all the way in. He howled and arched his spine. It was glorious.

In a fit of inspiration, I grabbed his hair. I twisted it around him delicate fingers until I had a good grip, and then I pushed his face down into his puddle of puke on the floor. I ground my hips against his ass, stirring up his guts with that fake black cock, while I wiped his face back and forth through the mess.

When he started crying, he cried hard. His chest heaved with sobs. My pussy fucking exploded. It was the first time I had ever squirted, and now it was oozing down the inside of my jeans.

After that, I was spent. I pulled out of him and stood up. He fell over, curled onto his side, and tried to tuck his head against his chest. I stood up and put the tip of my boot under his chin and lifted up his head.

His eyes were red-rimmed, leaking tears. His face was a disgusting mess.

I spit on him. It hit him on the cheek. This brought out a fresh burst of tears.

“This is what women think of men like you,” I told him, just because it felt right.

I cut his zip tie, grabbed my bag, and walked out. He never got up off the floor.

So that was the first time. But it wasn’t the last. Sometimes I think back to poor Adam… and think about how easy he got off. But I was still learning. In the future, I would figure out how to make it better for me, by making it more degrading for them.

An Audience with Mistress Chloe

The Ordeal Of My True Slave